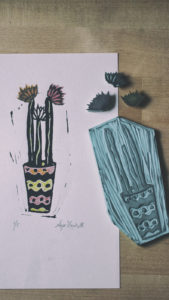 Printmaking is the process of making artworks by printing, normally on paper. Printmaking normally covers only the process of creating prints that have an element of originality, rather than just being a photographic reproduction of a painting.

Linocut is a printmaking technique, a variant of woodcut in which a sheet of linoleum (sometimes mounted on a wooden block) is used for a relief surface. A design is cut into the linoleum surface with a sharp knife, V-shaped chisel or gouge, with the raised (uncarved) areas representing a reversal (mirror image) of the parts to show printed. The linoleum sheet is inked with a roller (called a brayer), and then impressed onto paper or fabric.

She is English with a Turkish background. Even at an early age, She always had some form of art in her life. If it wasn’t a crayon, a pen or play-doh, She was pretty sure she found something she could do it with. Everyone around her thought she would grow out of it but actually she as you can all see, She has not. However, She was adamant that She wanted to go to on to study art and which she did. To fulfil her dream she moved to England and got into Cambridge school of Art (ARU), where she studied Printmaking-Fine Arts as a degree.

While at university and after completing her degree she took part in a lot of exhibitions and sold her prints.

Long story short, she ended up moving back to Turkey-Izmir hoping she would be able to carry on with the whole art seen but things did not quite work out like that. she became an English teacher and when you have a full time job, it is extremely hard to make time for yourself, so ART became a medium she would use mostly in her classrooms while teaching English.

One thing led to another and a year and a half ago she moved to sunny, arty Barcelona where she got back her arty streak. Since then, she has got back into drawing, painting and most off all printing again.

If you were to ask her “what does she like to print, draw etc? ” she would say, in her work she tend to print things that have a lot of meaning and value to her.

Nowadays, she only print for the fun and pleasure of it but who knows what will happen in the future…

Mostly though, she is just glad that she has found her passion again in which she had lost all those years ago.

So this is her and those are the photos from her workshop which I have taken to boost her passion.

For more examples and info, click to the logo below. 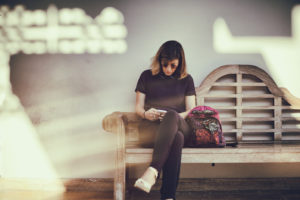 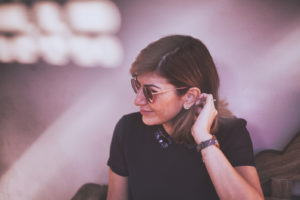